Relentlessly taking charge of your life
To realize human potential
Is to live switched-on.

Living switched-on uses the primordial metaphor of turning on or connecting electricity, of making light.

It expresses that we all have the choice to take charge of our lives for the better.

Switching on the inner light to have the life we desire.

To switch on your life is taking responsibility and assume charge of your inner cockpit to become the best possible version of yourself.

So why to live switched-on and how?

“To me, the function and duty of a quality human being is the sincere and honest development of one’s potential.”

“What a man can be, he must be. This need we call self-actualization. One’s only rival is one’s own potentialities. One’s only failure is failing to live up to one’s own possibilities.”

Renowned Psychologist, Creator of the Hierarchy of Needs

“If we did all the things we are capable of, we would literally astound ourselves.”

Live Switched-On Because that is What You Have to Do If You Don’t Want to Live Somebody Else’s Life. 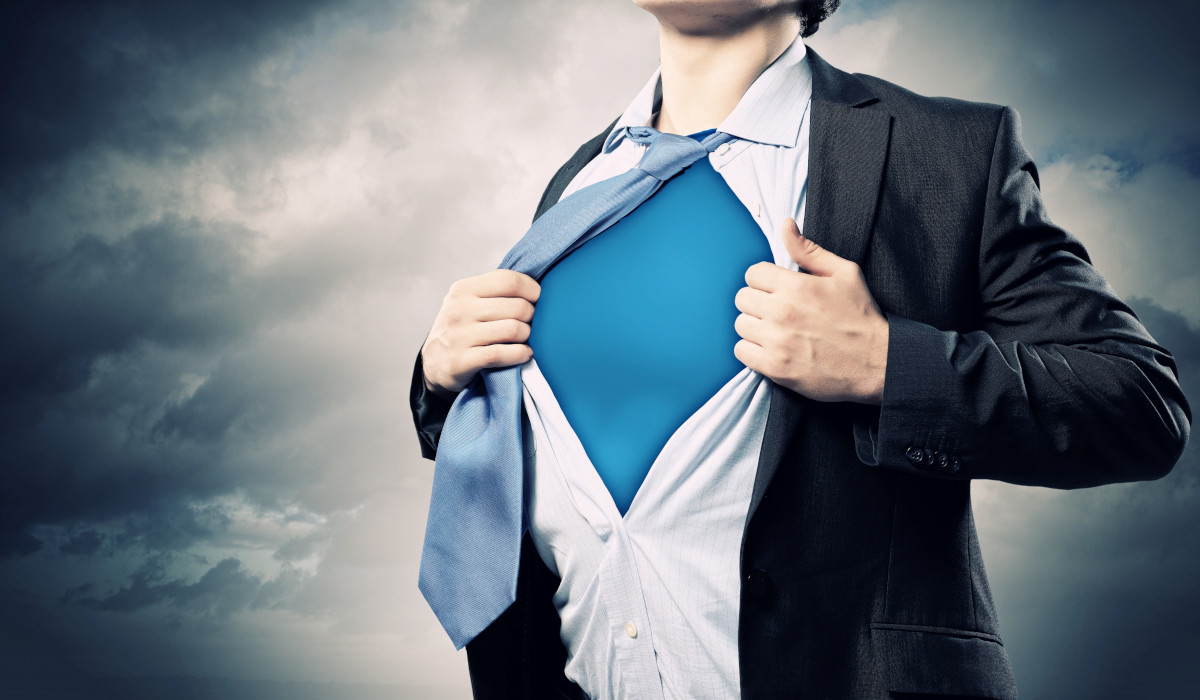 Growth is essential to all life. The harsh truth is that we grow or die. So while we may wriggle and resist, find excuses in the environment, feel self-pity, the way forward is universal:

Realizing that we are free to make choices. However limited that freedom and those choices may currently be, it is essential to acknowledge our agency in how our lives unfold.

Free will is that space we must get in between when something happens and before we react.

“Between stimulus and response there is a space. In that space is our power to choose our response. In our response lies our growth and our freedom.”

There are ways to create and enlarge that space and hence become freer in our choices. Anything else would be depressing, yet we have to acknowledge all the odds.

While we all come from different backgrounds, living independently and freely typically requires three central adaptations in our life.

Depending on where you are today, the sequence might be different for you. Also, depending on your personality, each of the three pillars might come in different flavors. 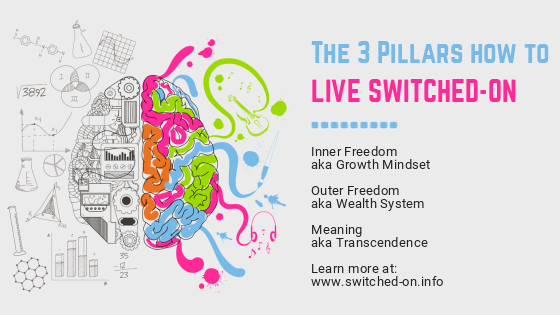 These are the three pillars of switched-on living:

First, a mindset that can defy what we learn in mainstream society when needed. A mindset that allows us to break free from being a herd animal. The first pillar is inner freedom. It is the attitudes that make up your outlook on life and allow you to take charge and own your decisions wholeheartedly.

Second, a systematic and resilient approach to making, keeping, and growing money so we can be financially free. The second pillar is about producing wealth. It is outer or financial freedom.

Please note that one could argue which pillar one needs to accomplish first. The sequence largely depends on your personality and your preferences. In essence, however, they are interdependent, and one cannot sustainably be without the other.

The third pillar of switched-on living is the commitment to being a moral and beneficial person to planet earth and fellow human beings.

Moral commitment to the world we live in will ensure lasting success as it is our ultimate purpose and a goal that is greater than ourselves. This third pillar is about meaning, or – with a little pathos, transcendence. This yearning for purpose is a profoundly human need that cannot go unaddressed in a switched-on life.

Learn how to firmly establish the three pillars of switched-on living in your life with my Free Transformational Bootcamp Course. 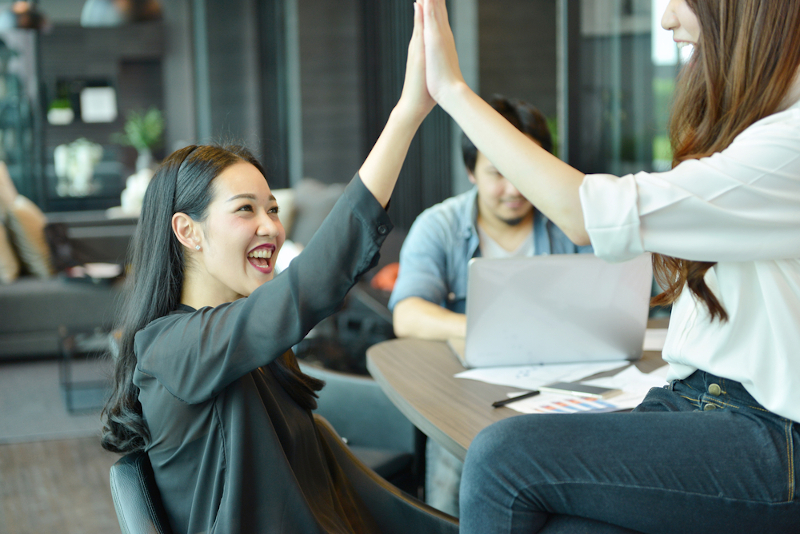 When I first registered the domain switched on dot info about 15 years ago, it was my conviction that this was an exceedingly bright idea.

Think again. One of life’s central lessons is to be humble. So, of course, others had the same idea. And hey, after all: a switch, which be can be on and off, is a ubiquitous gizmo in mechanics and electronics. Duh.

As I said above, others had the idea of using the term ‘switched-on’ to improving our lives: On Amazon, there is a book on Switched-On Living that deals with using the mind-body connection and kinesiology. Australians seem to have a knack for being switched on as various digital agencies go by that name. There is ‘switched on training’ using the tagline ‘human energy.’ There is also a ‘Switched On and Hyperreal Film Club’ on Youtube and the Switched-on Kids Organisation in the UK that teaches children using electricity safely. I am sure there is plenty more. And I hope we can all thrive.

The top-rated definition for ‘switched-on’  in the Urban Dictionary is ‘Someone who is switched-on is alert and intelligent.’ Let’s go with that. And I am happy after all that I am using an idea that so many others had as well. It merely means the concept is simple to understand as it applies a common meme. And, well, that is switched-on, I’d say.